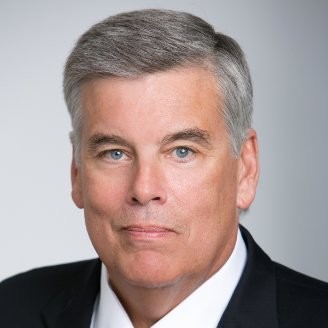 Rob joined First Coast No More Homeless Pets after a varied career traveling the world as a corporate executive before moving to the non-profit arena. The one constant in Rob’s life, and in his family life with wife Cindy and daughters Kate and Annie, is a passion for animals and a home filled with rescued cats and dogs from stops along the way.

A native New Englander, Rob spent two decades as a professional sports executive, starting as Director of Marketing and Broadcasting for the Chicago Bulls and then moving to the NBA league office where he helped build a number of domestic and international business units, ending his term as a Senior Vice President in the commissioner’s office.

Raised in a military family, Rob’s parents settled in Tampa, and he returned to the Sunshine State to lead the NBA’s business expansion into Latin America in the 1990’s and again to serve as Regional CEO for the American Red Cross in South Florida. Rob and Cindy live in Fernandina Beach with their rescue cat Cera and Mega Adoption veteran Zeke the dog.

Jennifer studied pre-veterinary medicine at the University of New Hampshire with additional focus on business development.  She has extensive experience managing veterinary clinics including general practice, emergency and critical care hospitals, and referral hospitals with advanced specialties.  Jennifer has worked as a veterinary technician and served on the advisory board for Heritage Institute to consider the development of a veterinary technology program.

Jennifer joined FCNMHP in 2014 and has helped with the growth and development, including assisting with the building design for a second veterinary clinic location. She has a special interest in animal-assisted therapy and helped train miniature horses for therapy programs working with young children. Jennifer has volunteered in many animal welfare organizations, including a horse farm for rescued and abused horses and one of the oldest zoos in Massachusetts.

Jennifer has a genuine interest in supporting people to provide necessary care for their pets and is dedicated to removing financial barriers to treatment. Her own life has been enriched by many wonderful pets and she believes the human-animal bond has powerful health and social benefits.

Thank you to our Founder Rick DuCharme for nearly two decades of commitment to the pets and people
of Northeast Florida.

Learn more about our efforts to save pet lives in our region and beyond!