April, a good Samaritan, found this poor dog on the side of the road and immediately took him First Coast No More Homeless Pets. Buddy, she called him, had clearly been hit by a car and left for dead. His ribs and hip were broken, there was a hole in his diaphragm, and his liver, intestines, and stomach had been pushed up into his chest cavity. Needless to say, Buddy was in serious and critical condition. FCNMHP rushed him into surgery, and was just able to save his life. 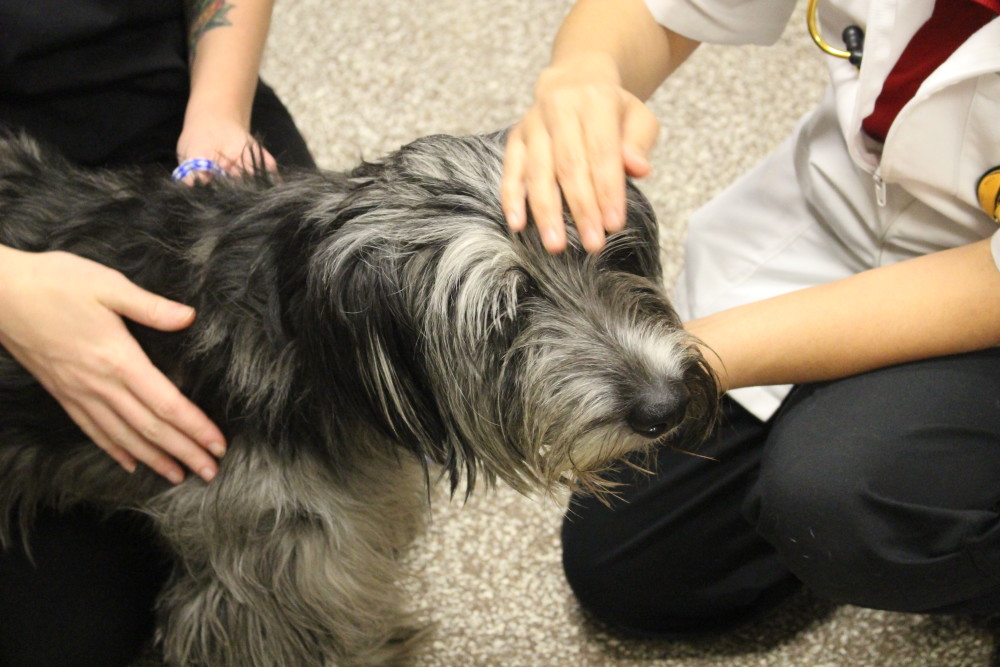 Luckily, April shared the story on on the Lost and Found Pets NE Florida page, and several amazing donors came to the rescue to cover medical costs through the Angel Fund.  The post also attracted the attention of his long lost owner, Graycen. Now, Trich (owner name) is reunited with Graycen, who had moved to Orlando a year after losing her beloved dog and not being able to find him.

Buddy is still in lots of pain from the surgery but he looks so much better. His breathing is labored due to the pain but we are keeping a very close watch on him. See more pictures, a story by Action News Jacksonville, and an interview with the owner by FCNMHP below, and don’t forget to support the Angel Fund!